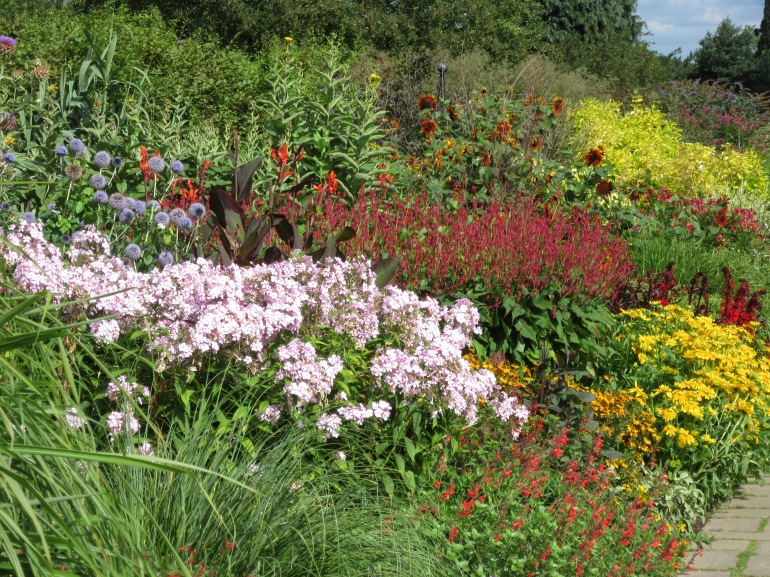 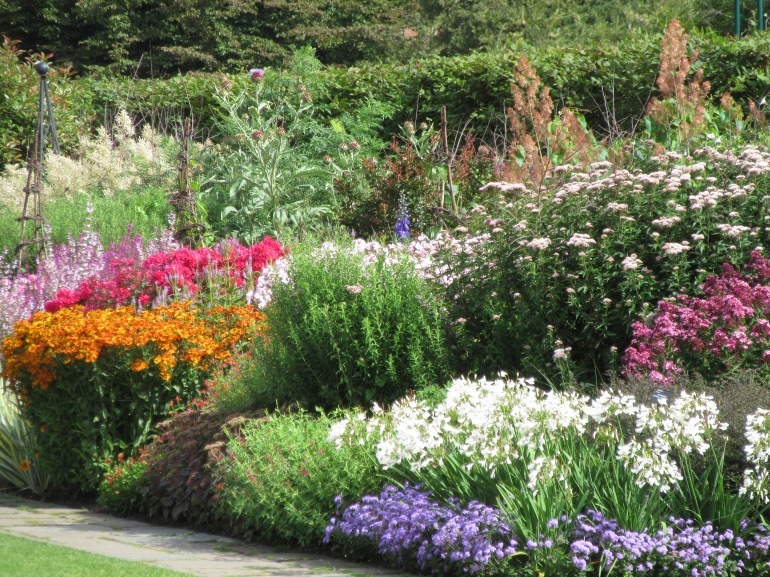 Another trip down memory lane – five years indeed to 1st August 2015 – and while there have been some significant changes at these RHS gardens – an entire new retail village and more coming besides – that particular first day of August really did look scrumptious. Enjoy.

The double herbaceous borders at RHS Wisley are worthy of close attention and admiration. Individual plants are to be appreciated for the well-grown specimens they are, and combinations of plants can delight and surprise as the eye bounces along each long, deep border before the grassy runway ascends Battleston Hill with all the delights that lay therein (and yes, I’ve wandered around those meandering paths this past week too and photos will follow, particularly of the hydrangeas but I’m getting ahead of myself…)

Excitement there is in abundance in these double borders – not matched or mirrored, though plants on one side often play somewhere in the mêlée opposite, usually with different companions and therefore to different effect. Having missed May, June and almost all of July, strangely absent as I have been from these gardens (Kew has taken up the slack but I shan’t let this length of time elapse again) I can’t say if I have missed a great deal with the scope, scale and drama of these borders in these past weeks – but there is a long way to go before they reach their zenith and begin their stately collapse. 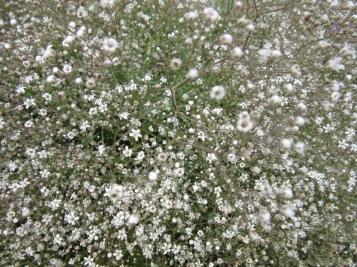 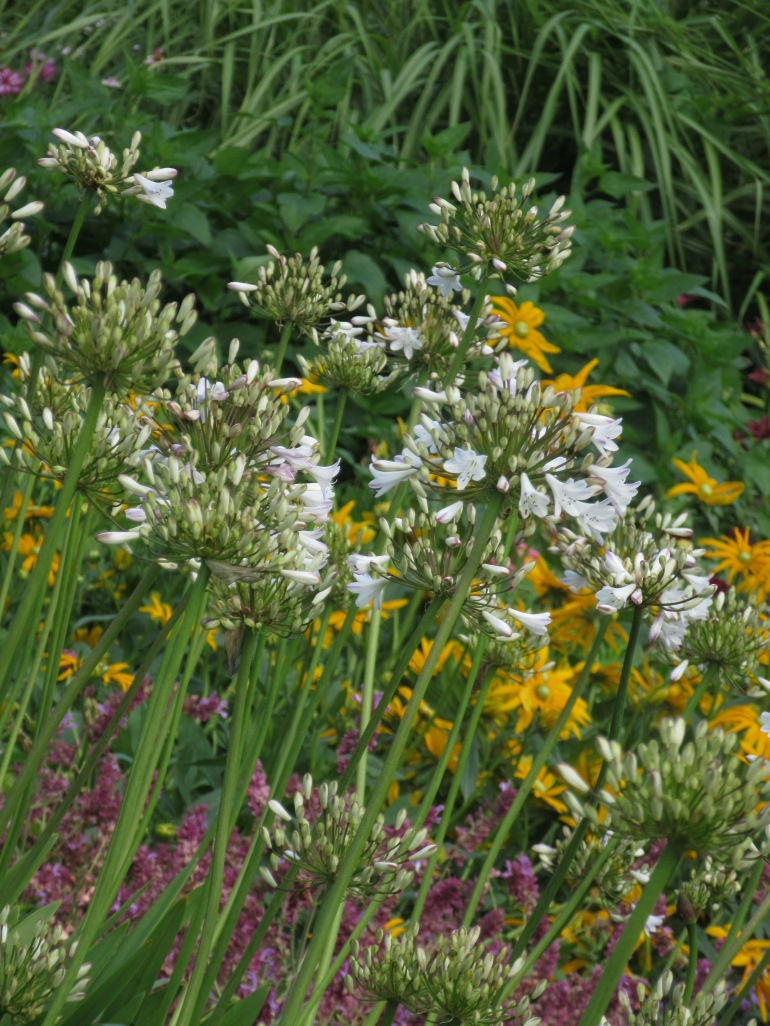 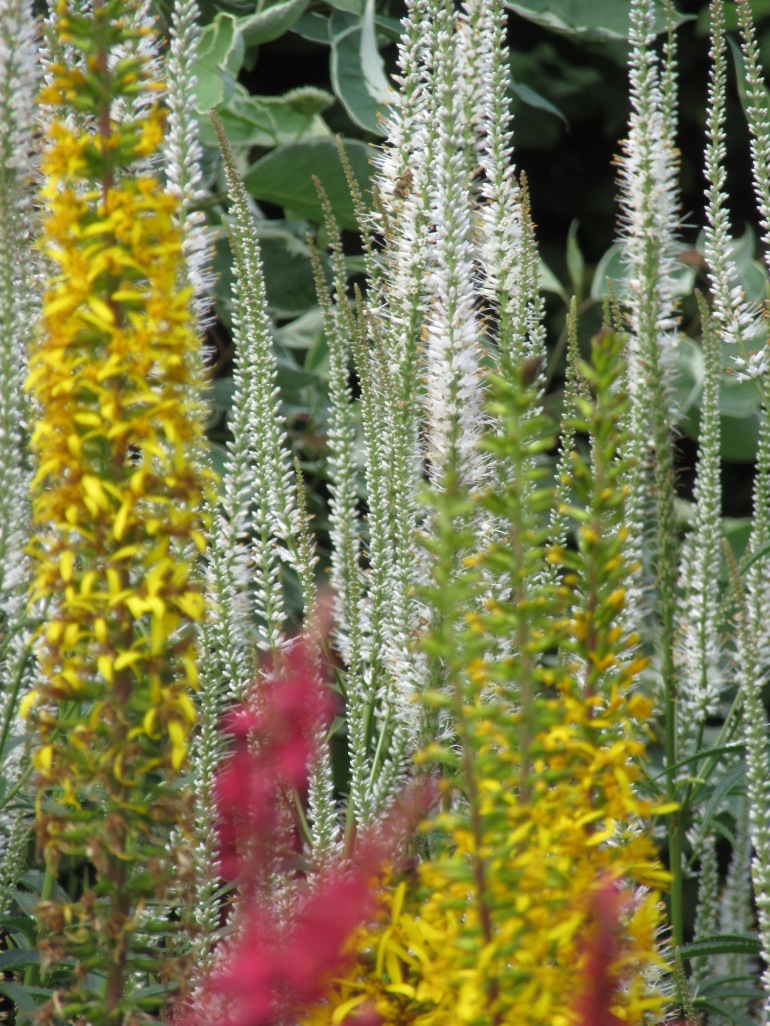 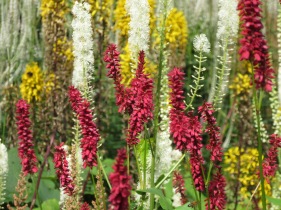 Naturally the Heleniums, and the Phlox, are stars of the show and they are repeated along the length of each border. Persicaria, Veronicastrum, grasses of several ilk are repeated often too. These rich oranges, ember-reds and golden hues begin to feature more as the season turns towards High Summer and Autumn – Heleniums, Helianthemums, Helianthus annuus, Crocosmias, Dahlias, Rudbeckias all turn up the heat.

Even the white agapanthus is enlivened by this crocosmia, though the effect is a little busy..

But there is room for some cooler colours and combinations even in a border that makes room for some more volcanic partnerships. Pinks and purples give way to cool blues and greys. We’ve already seen the Lythrum, Aconitum and Phlomis cashmeriana – white Agapanthus too – and to these we add – 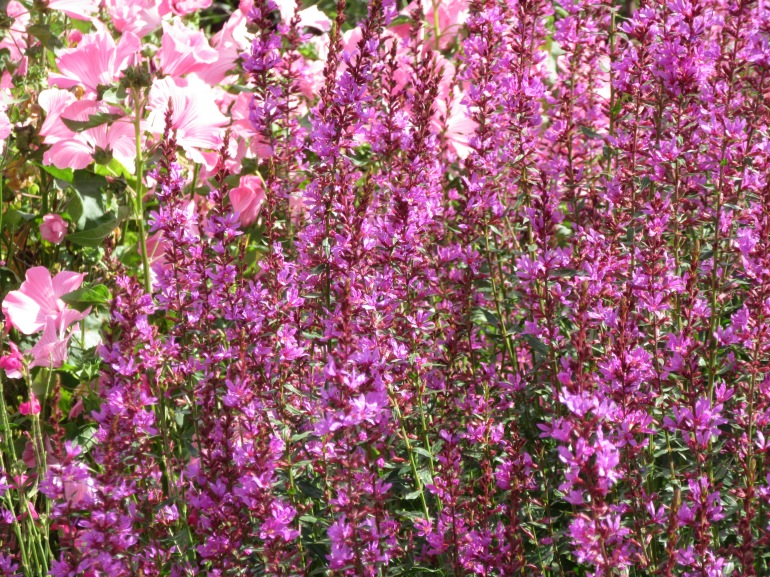 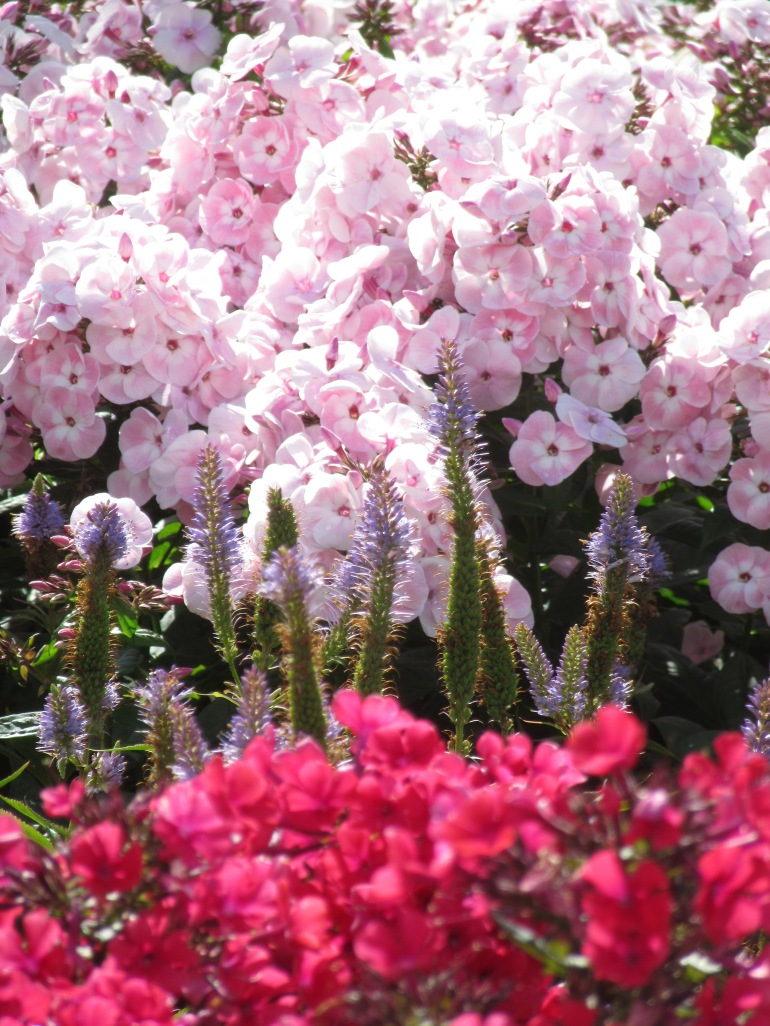 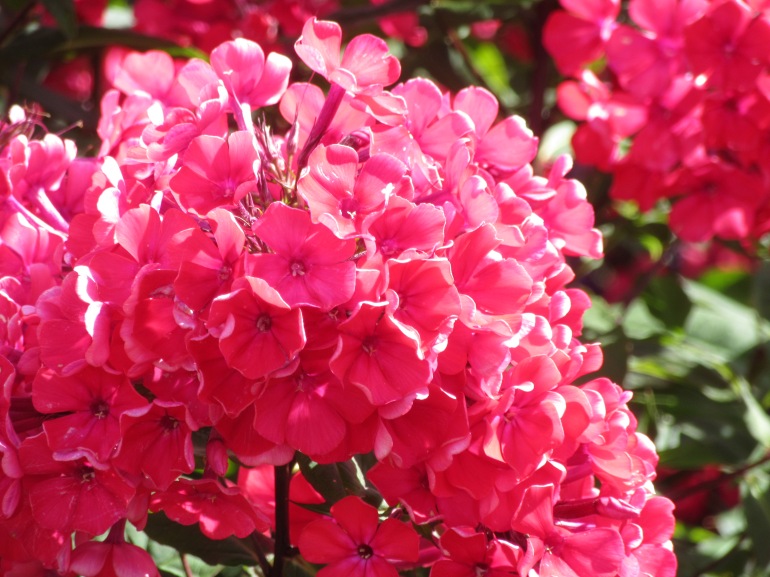 Phlox paniculata Starfire – OK, so not everything is cooling down, though this is not strictly in the same range as the Heleniums and Rudbeckias, it still packs a punch! 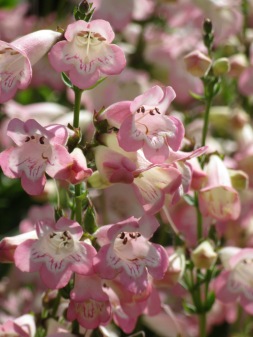 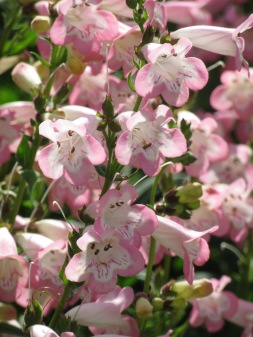 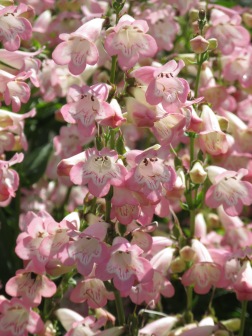 Before we cool things right down with this Echinops, Star Frost, strong structural forms and pale grey colouring…

Last but by no means least, excellent use if made of Sedums throughout these borders, cool oasis’ many, now, in the green garb before rusty reds and browns colour up. Some are already looking fine, like this one, Purple Emperor