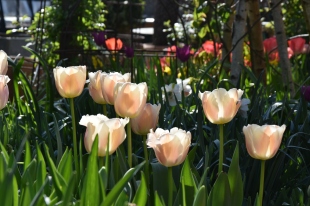 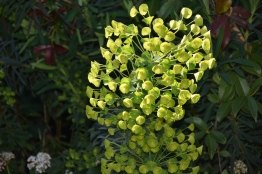 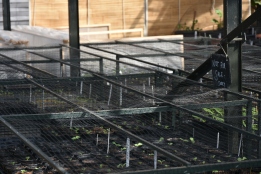 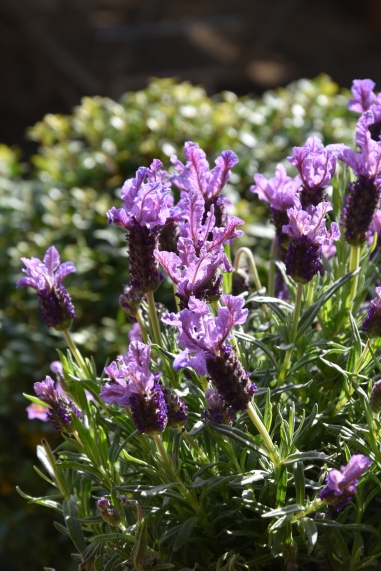 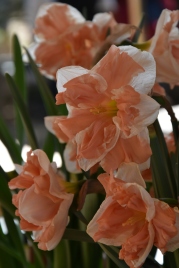 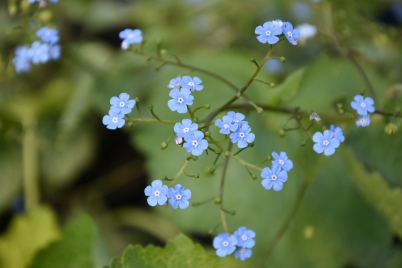 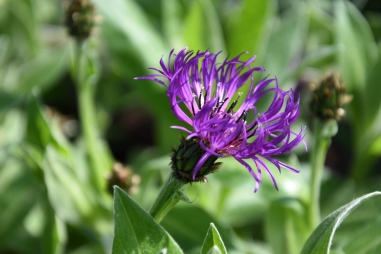 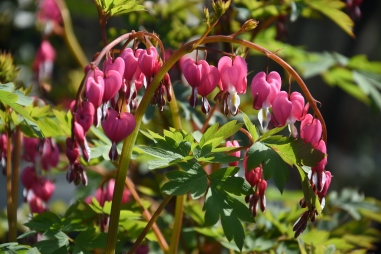 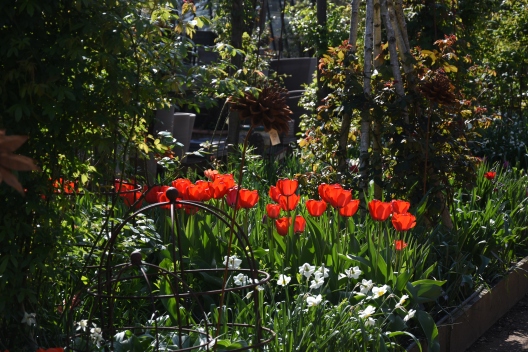 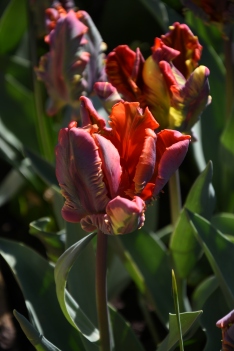 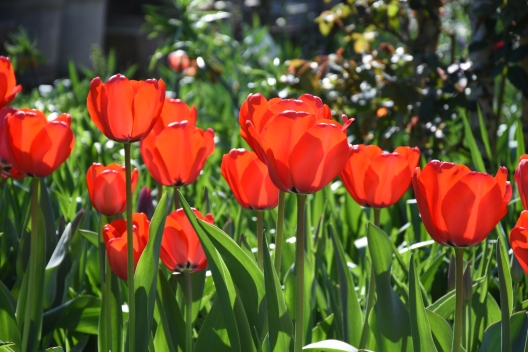 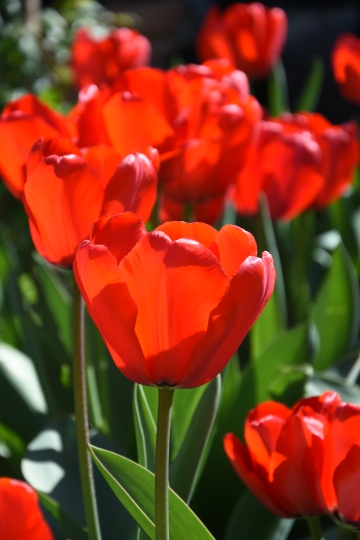 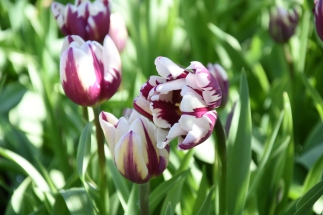 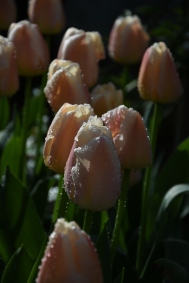 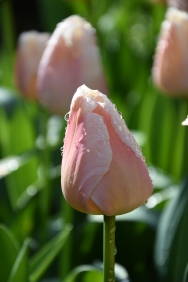 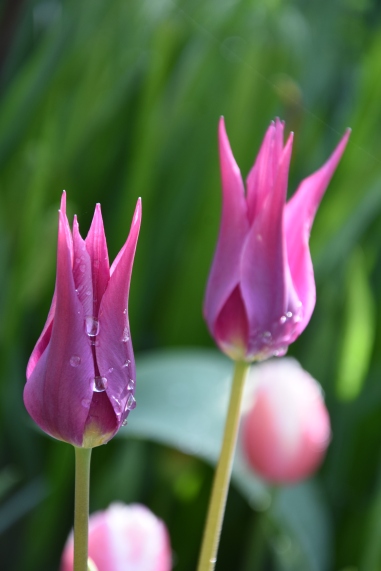 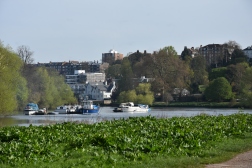 A poetic diversion, since the first lines had been running around my head and, down the rabbit hole, the rest had to follow …

I. The Burial of the Dead
April is the cruellest month, breeding
Lilacs out of the dead land, mixing
Memory and desire, stirring
Dull roots with spring rain.
Winter kept us warm, covering
Earth in forgetful snow, feeding
A little life with dried tubers.
Summer surprised us, coming over the Starnbergersee
With a shower of rain; we stopped in the colonnade,
And went on in sunlight, into the Hofgarten,
And drank coffee, and talked for an hour.
Bin gar keine Russin, stamm’ aus Litauen, echt deutsch.
And when we were children, staying at the arch-duke’s,
My cousin’s, he took me out on a sled,
And I was frightened. He said, Marie,
Marie, hold on tight. And down we went.
In the mountains, there you feel free.
I read, much of the night, and go south in the winter.
What are the roots that clutch, what branches grow
Out of this stony rubbish? Son of man,
You cannot say, or guess, for you know only
A heap of broken images, where the sun beats,
And the dead tree gives no shelter, the cricket no relief,
And the dry stone no sound of water. Only
There is shadow under this red rock,
(Come in under the shadow of this red rock),
And I will show you something different from either
Your shadow at morning striding behind you
Or your shadow at evening rising to meet you;
I will show you fear in a handful of dust.
Frisch weht der Wind
Der Heimat zu
Mein Irisch Kind,
Wo weilest du?
“You gave me hyacinths first a year ago;
“They called me the hyacinth girl.”
—Yet when we came back, late, from the Hyacinth garden,
Your arms full, and your hair wet, I could not
Speak, and my eyes failed, I was neither
Living nor dead, and I knew nothing,
Looking into the heart of light, the silence.
Oed’ und leer das Meer.
Madame Sosostris, famous clairvoyante,
Had a bad cold, nevertheless
Is known to be the wisest woman in Europe,
With a wicked pack of cards. Here, said she,
Is your card, the drowned Phoenician Sailor,
(Those are pearls that were his eyes. Look!)
Here is Belladonna, the Lady of the Rocks,
The lady of situations.
Here is the man with three staves, and here the Wheel,
And here is the one-eyed merchant, and this card,
Which is blank, is something he carries on his back,
Which I am forbidden to see. I do not find
The Hanged Man. Fear death by water.
I see crowds of people, walking round in a ring.
Thank you. If you see dear Mrs. Equitone,
Tell her I bring the horoscope myself:
One must be so careful these days.
Unreal City,
Under the brown fog of a winter dawn,
A crowd flowed over London Bridge, so many,
I had not thought death had undone so many.
Sighs, short and infrequent, were exhaled,
And each man fixed his eyes before his feet.
Flowed up the hill and down King William Street,
To where Saint Mary Woolnoth kept the hours
With a dead sound on the final stroke of nine.
There I saw one I knew, and stopped him, crying: “Stetson!
“You who were with me in the ships at Mylae!
“That corpse you planted last year in your garden,
“Has it begun to sprout? Will it bloom this year?
“Or has the sudden frost disturbed its bed?
“Oh keep the Dog far hence, that’s friend to men,
“Or with his nails he’ll dig it up again!
“You! hypocrite lecteur!—mon semblable,—mon frère!”

Well there you have it! Clear as mud. I did, as my own memory stirs, study the whole of The Wasteland for my ‘A’ Levels, back in the Dark Ages, and I seem to remember being stirred by it, though that was probably a teenager revelling in the drama and angst – and my own hormones. I shall re-read it now and see what my more mature self finds within the lines. It’s been a rather marvellous April thus far with much sunshine, blue skies and blossom in abundance. This, though, would make for a rather different poem.

For those uninterested either in my teenage poetry education (I also rather liked Vogon Love Poetry, so my tastes were somewhat eclectic) a gallery here of spring loveliness from the Cutting Garden and plant benches at Petersham Nurseries.

Imagined and created by Rosie Bines, the Head Gardener at Petersham together with Flora Lawson and a dedicated team of volunteers (some new faces here too which is lovely), the Cutting Garden is a floral powerhouse providing flower and foliage for the teahouse and restaurant, our events and seasonal displays and is expertly planned for continuous floral fireworks right through until the depths of autumn. Glasshouse 3 is jam-packed with multitudinous seed trays and dahlias tubers ready to play their part in the every changing menu of cut-flowers over the next six or seven months. Always a joy to see and I hope you think so too.

By the way, Rosie will feature on the last three Inside Out Homes to be broadcast on More 4 in the coming weeks. I’ll be setting my recorder (I mean Virgin Media box, thingy…) so I don’t miss a thing.