The King and Queen (Henry Moore) looking down the Lily Pond, with a carpet of Agapanthus Castle of Mey at their feet 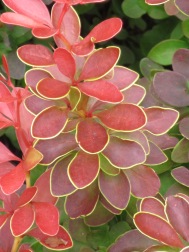 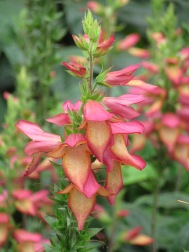 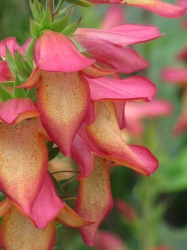 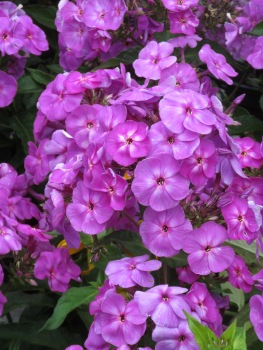 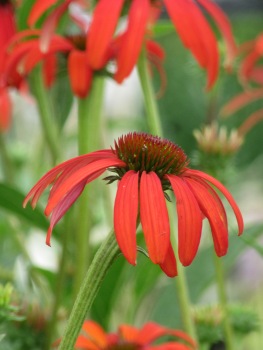 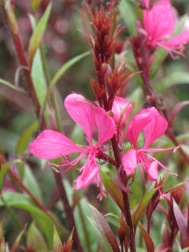 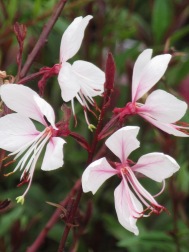 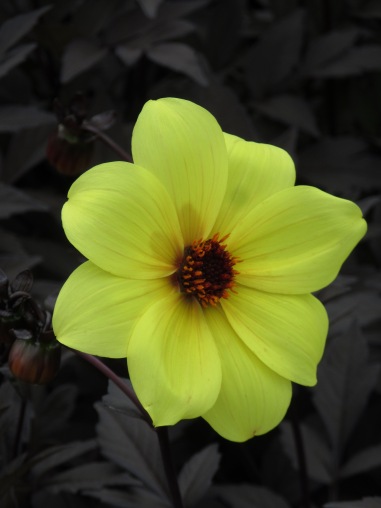 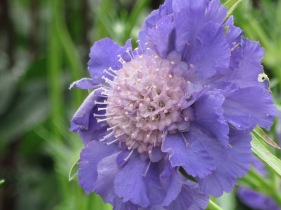 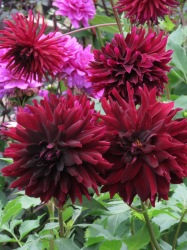 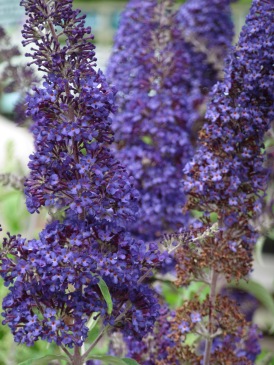 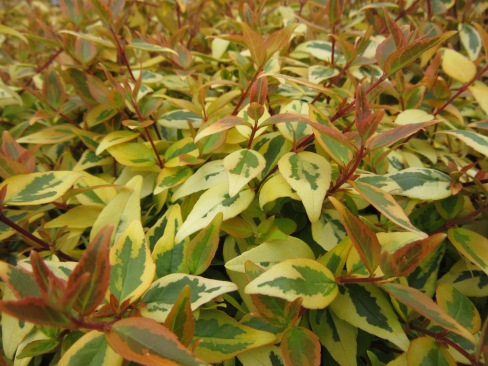 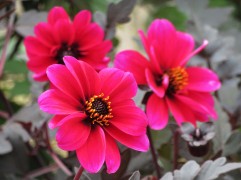 And so ends my first visit to RHS Wisley in almost three months but I think I made a good job of photographing it to death! Plenty more to explore and I returned the following day (Friday) to take in Battleston Hill (Hydrangeas in particular), the Trial Fields (Large, late-flowering Clematis, Agapanthus, Sunflowers) and a return to the Glasshouse – the Fuchsia display had been cordoned off for rearrangement and cleaning up the plants, so I didn’t get a proper look on Day One – returning the following day meant I could look 360º around the benches, so I’ll leave this catalogue for later consideration.

Most of the images in the gallery above were taken in the Plant Centre, with my gad-fly eye, though I would draw particular attention to the ghostly foliage of the Buddleja glomerata Silver Service which was huddled against the wall of the House within the gardens and I admit I had never noticed it before. Quite striking and I must enquire further as to its properties, flowering habit and particular specifications –

Andy's Bench...
Rosa multiflora Platyphylla, or Seven Sisters, making her perfumed Mark at the Nurseries (before the rain).
Summer display starting off...
Tulips, earlier this year. Mostly Lasting Love.
Refusing to give in to Autumn ... #inshortstillthefirstfrosts
Enjoying some Dame Edna's at home, Lincolnshire grown
Hydrangea at RHS Wisley... Cool and calm across Battleston Hill - see link in bio
The Glasshouse Borders at RHS Wisley - painterly planting then and now - link in bio #rhswisley #pietoudolf #teddingtongardener
A look back at the double herbaceous borders at RHS Wisley - link in bio .....
Kew Gardens - a look back in anticipation of looking forward - to seeing it again soon www.teddingtongardener.com link in bio. #kewgardens
Rambler rose Aimee Vibert - an early noisette introduced in 1828 - fragrant flowers held often in huge trusses. Very late flowering and even in my north facing garden, does well with long arching canes threading through the Acers. Also known as Bouquet de la Mature (marriage) and despite poor photo, you can see why. One huge spray over a foot across would do nicely. Disputed parentage but most likely Champney's Pink Cluster and R. sempervirens pleno. If I can get out a ladder later, may get closer to those big sprays. Would love to find a mature specimen growing up through a tree somewhere more open. Should be spectacular. Actually I think 3/8 might be Madam Alfred Carriere - another noisette that I'd cut back severely last season. Matt leaf, paler and not so full. Glad she survived such harsh treatment (and not for first time) #ramblingrose #aimeeevibert #rosenina #rosebouquetdelamariee #madamealfredcarriere